skip to main | skip to sidebar

From Leonard Susskind to Everyone:

A number of years ago I became aware of the large number of physics enthusiasts out there who have no venue to learn modern physics and cosmology. Fat advanced textbooks are not suitable to people who have no teacher to ask questions of, and the popular literature does not go deeply enough to satisfy these curious people. So I started a series of courses on modern physics at Stanford University where I am a professor of physics. The courses are specifically aimed at people who know, or once knew, a bit of algebra and calculus, but are more or less beginners.

The response was overwhelming and it was suggested that Stanford put them up on the internet. You can find them at

Since the videos went up, I have received many emails with good questions. Some are about the material in the courses. Some are more broadly about physics and science. Here is the place to ask them. If I know the answer to your question I will post it. If not perhaps someone else can answer. 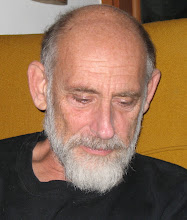